IT’S MY MISSION TO SUPPORT HEALTHY TOUCH ON THE PLANET

I am a good looking, middle aged, privileged white male from a middle class American background. At least that’s what many people would see and/or think that’s who I am. What most people don’t know is that I am legally blind, was an awkward loner until my early 40s, had little body awareness intelligence, and was pretty unhappy with my life.

You see, as I grew in inner awareness I also lost more and more of my eyesight. This was significant since a primary way of connecting to people was through meeting people's gaze. As I lost the ability to connect in this way, I learned how significant the love language of touch was (and still is) for me, so important for connection. 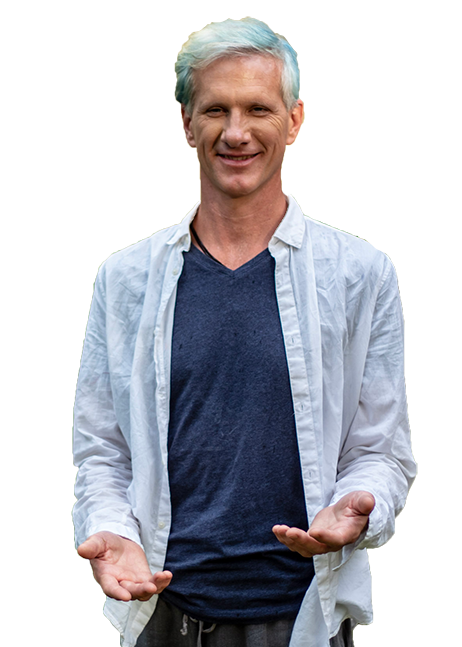 TOUCH IS A PRIMARY LOVE LANGUAGE THAT WE CRAVE

I’ve been studying Yoga since I turned 20, which heightened my awareness of my body, but it was still divorced from the need for touch. I began studying various forms of body work later in my 20s but still my recognition for the need for touch was compartmentalized. It wasn’t until I got into dance and contact improve that I finally began to recognize that touch was a primary love language for me. A few years into this more somatic (body) based practices, I really began to notice and talk to others about how they were looking for more touch and connection. They indicated desiring more physical intimacy but felt constrained or inhibited from receiving the touch they craved. With a combination of losing my eyesight and jumping into the somatic practices, I really connected to the desire to share touch with others. Being a sensitive person and having the massage background, it was an easy transition to offer touch to people I was meeting. At my first ever music festival (Apogaea), within the first few hours, I was offered the name of “Touch”. It stuck! It was/is me. People I offered touch to, loved my sensitivity. They appreciated the safety I brought to the sessions through my respecting their boundaries and attuning to them. 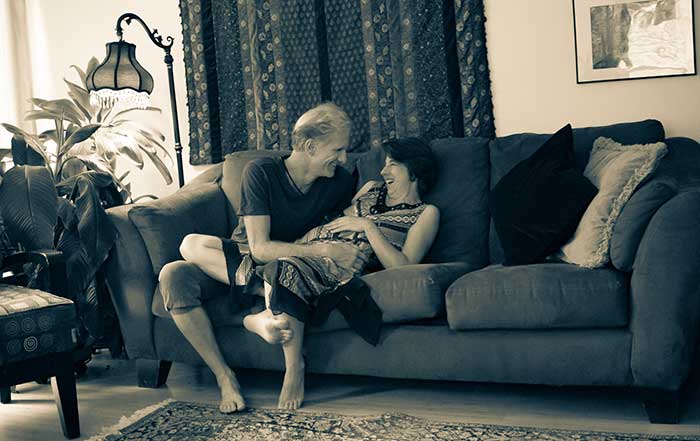 After a couple years of offering touch to friends, mostly women, but increasingly willing and comfortable giving touch to men as well, I was encouraged by several people to bring my touch to a more professional level. This was the beginning of my Nourishing Touch practice. With the start of Nourishing Touch, I began to have many more conversations with my clients and friends and began to see the need for education for men (mostly, but not entirely) and a cultural paradigm shift; thus was born the concept of Intimacy Lab.

Over the past decade, I have embarked on a huge transformation of personal growth and education. Beginning with working through childhood wounds and old stories. Much of the work has been through attending various Tantric, Taoist, Native American, and secular intimacy training and workshops. I’ve explored the connection to the wild through attending EcoSex retreats guide to an intimate connection between our own intimacy and that of Mother Nature. I have explored the kink world and sexual experiences with men even though I don’t consider myself gay or even bi-sexual. I honor and respect your particular expression of sexuality and intimacy.

Are We A Fit To Explore Together?

During your 20 min. complimentary Discovery Call, we’ll discuss what your Nourishing Touch Session might look like, what makes you feel safe and any other related interests that come up for you. I invite you to share your contact information and a little bit about what you might like to receive, experience or work on with a Nourishing Touch Session below.